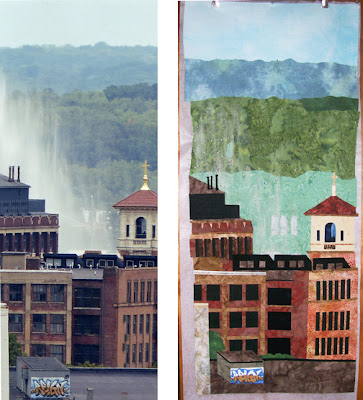 I finished the buildings, the graffiti, and started on the mist/spray.

For the graffiti, I chose a white fabric that had a fairly large weave to it. I used some fabric markers drew the image onto the fabric. Because it had a large weave there was a little bit of bleeding, but I was OK with that because I was trying to imitate the look of spray paint.

For the spray from the fountains I used some roving that I pulled apart and covered with netting. I tucked the netting behind the buildings to help hold it down. Because the netting will melt if you get it too hot, I wasn't able to fuse the buildings on top of it, I had to pin in in place, which can be seen around the smoke stacks. 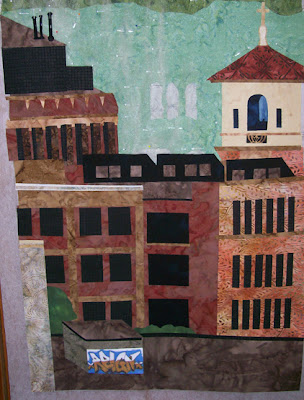 This is looking wonderful Pam. It has been fun to see your progress.