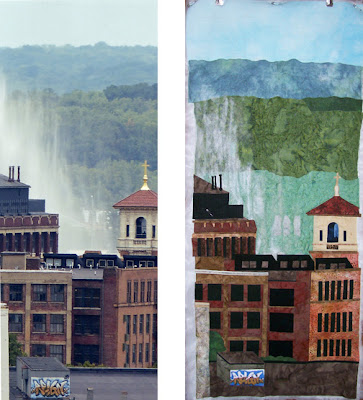 It doesn't look much different from yesterday's photos but I spent 6 hours and got most of it quilted. 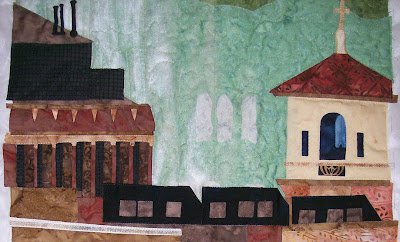 Here's a detail shot of the quilting in the middle. The fused pieces on the buildings were quilted on their edges to hold them down. The background has free motion quilting which also holds down the netting. (As always, you can click on the photo to see a larger view of it.) 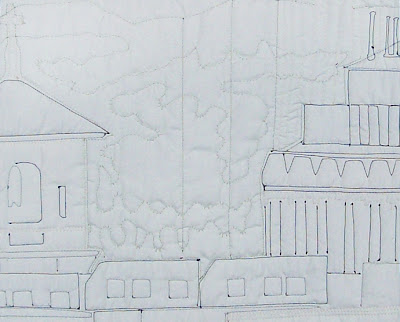 And a view of the quilting from the back. The thread was chosen to match the fabric on the front, so some of them really show up on the pale green backing fabric.

After I quilted the netting down at the top of the treeline, I trimmed the netting away from the sky. I put some fray check along the edge as extra insurance.