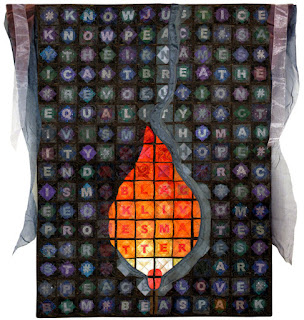 There are some ideas floating around in my head that have been there a long time. About a dozen years ago I was gifted some of those little, colored organza drawstring bags, the kind you sometimes get when you buy jewelry, and at that time I envisioned putting little treasures inside them and sewing them to a quilt. Not only did I still have the organza bags, I'd acquired more. 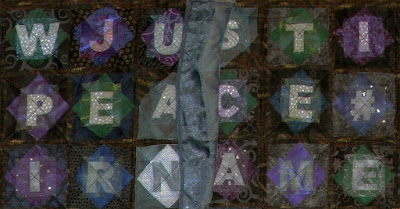 A few months back while I was doing yoga (I find some of my best ideas come to me while I'm doing yoga) I realized that words can be treasures and maybe I'd make a quilt that had little treasures and also letters. But what would I want to say with these letters? 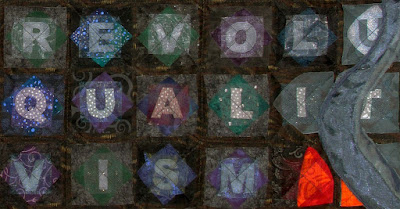 There have been many notable phrases over that past few months and years, and one of them was "Do Something." But what could I do? I make art quilts. 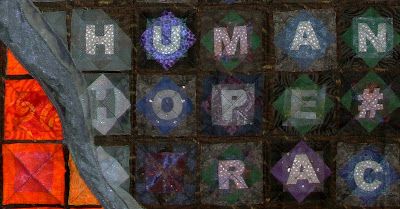 There is a history of artists creating socio-political art to help the public understand particular social or political issues, and quilters have also participated in creating Protest Art. 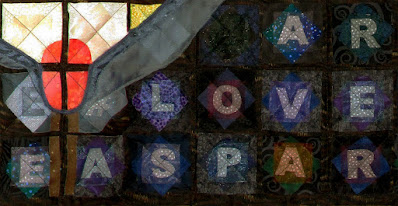 Long before I was a quilter I remember being moved by the creation of the AIDS quilts that were displayed on the National Mall in Washington, DC. One flame by itself can only be so bright. But if that flame sparks someone else, who sparks yet more people, the cumulative effect can be brilliant. 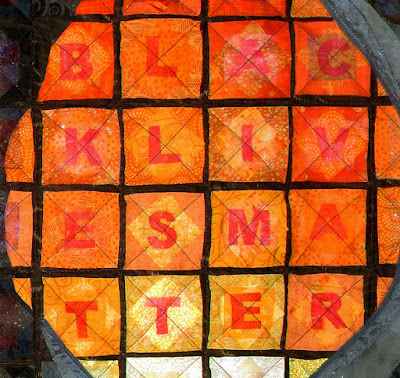 How It Was Constructed

I decided pretty quickly that I wanted "Black Lives Matter" inside the flame. And with 16 letters that was easy to arrange in 4 rows and 4 columns. I spent a lot of time deciding what other phrases (or in this case, hashtags) I wanted to use for the background of the quilt. And in what order. I knew some would end up splitting from one row to another so I spent time rearranging so the ones that were split were done in a way that wasn't too awkward. Like "Act-ivism" and "Human-ity."

Then I spent a lot of time tracing the 168 letters and hashtags onto fusible, and then cutting them all out. Then putting fray check on the edges. 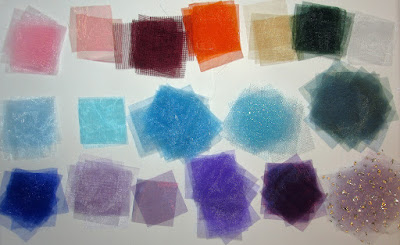 Sheer fabric, most from organza bags. The lavender with the silver sparkles was from a Halloween costume I made before I started quilting. 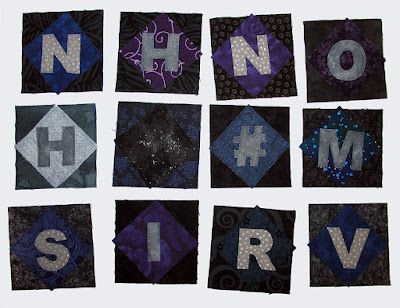 Some random letters on a variety of black, gray, purple, blue, and green backgrounds.

Then I fused the letters to the smaller of the fabric squares and paired them with a larger square. I made my quilt sandwich with a black background, batting, and backing fabric and quilted a 5" grid to help with placement. At this time, because I'd already done some quilting, I went ahead and did the binding. I did a knife-edge facing so the binding isn't visible. Now the fun part. 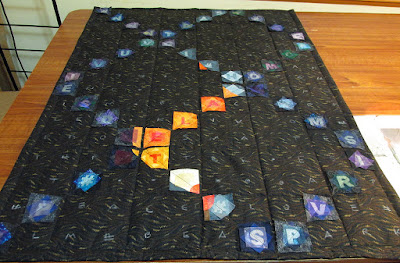 I arranged all of the letters on the background then picked them up in reverse order of how they would go down. Instead of quilting them by row or column I decided to quilt an "X" through each of the squares. I also wrote little letters with a white colored pencil to make sure the correct letter ended up in each spot. You can see the hand written letters in you look closely at the photo. 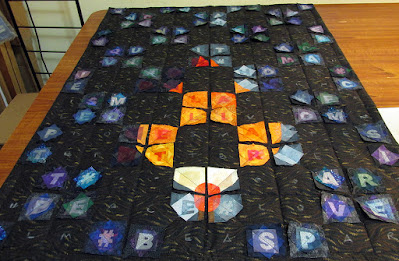 I randomly added the sheers as I quilted the squares down. Halfway done with quilting the pieces down! 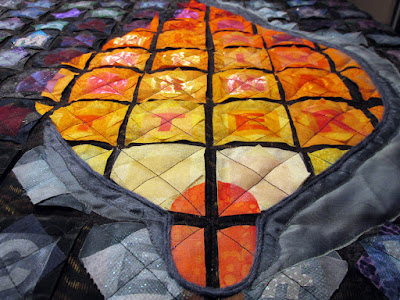 Side view so you can see that part of the fabrics are left loose.

When I was researching what match flames looked like there were several that showed blue and even purple smoke going up the side of the flame. I'd made the letters that would be where the smoke was a blue gray color and added some gray satin as more smoke.

More about Be a Spark