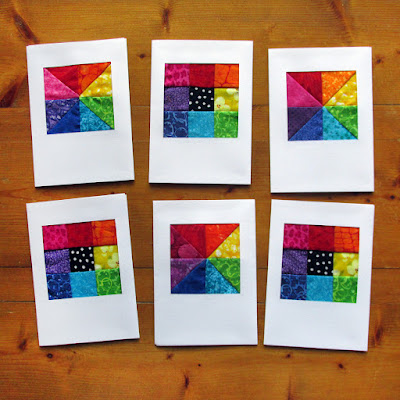 When I first started making fabric cards over a dozen years ago, I made one that was a rainbow pinwheel, only it never became a card, instead it inspired one of my first art quilts, Rainbow Pinwheel. 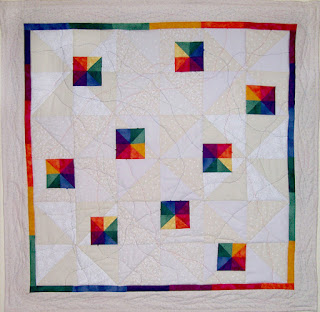 Oddly enough, I never did make any rainbow pinwheel quilt squares that became fabric cards, until now. I also made some nine patch rainbow cards that have a center square that is black with white dots.