I recently had the opportunity to revisit a quilt that I made back in 2007, before I started blogging. I was contacted by a man who wanted me to make a quilt of the world for his parents with the countries they visited in red and also include the flags of those countries.

This quilt is special to me because it was the first custom quilt that I made for a stranger (although I don't think they knew this until now). 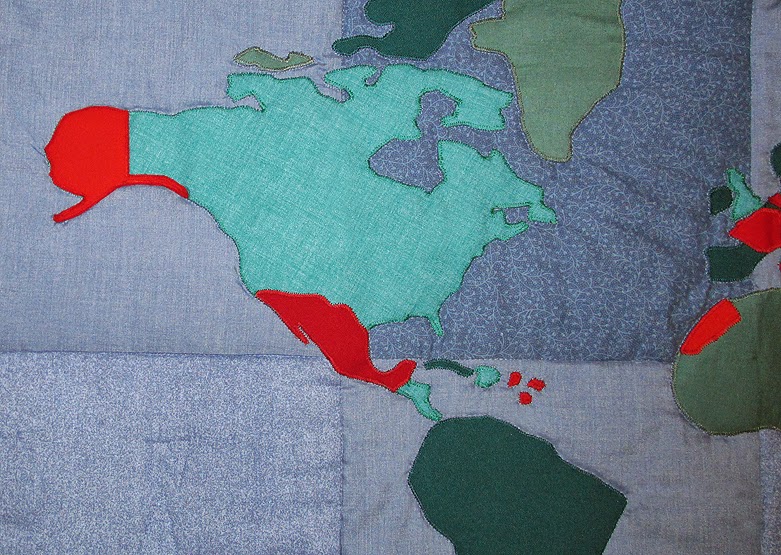 The background is made up of eight 10" light blue squares (of three different fabrics) that are pieced with the land masses and countries in red were appliqued raw edge with a satin stitch (a tight zigzag). 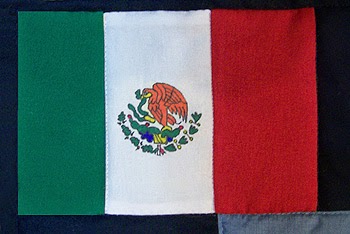 The flags are mostly pieced and the intricate parts were drawn with Sharpie markers. The flags were hand appliqued to the navy blue border.
The original quilt had the countries of Mexico, France, Morocco, Greece, and three Caribbean Islands and I heard that the quilt was a big hit with my customer's parents. At that time he asked if countries and flags could be added in the future, after his parents visited more places. Of course I said yes. 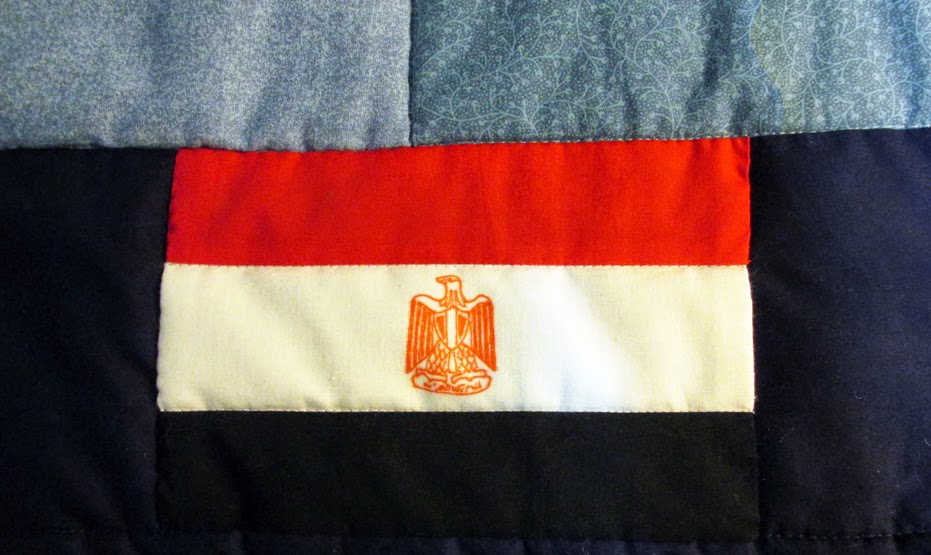 Flash forward seven years. The owner contacted me and wanted me to add Egypt, Italy, the Netherlands, and the state of Alaska. She shipped the quilt to me and I realized I had a small dilemma. Adding the flags wouldn't be a problem because they were hand appliqued to the quilt after it was quilted. But the countries were originally attached with a zigzag stitch BEFORE the quilt was sandwiched and quilted. When I added the countries, the sewing lines would be visible on the back side. 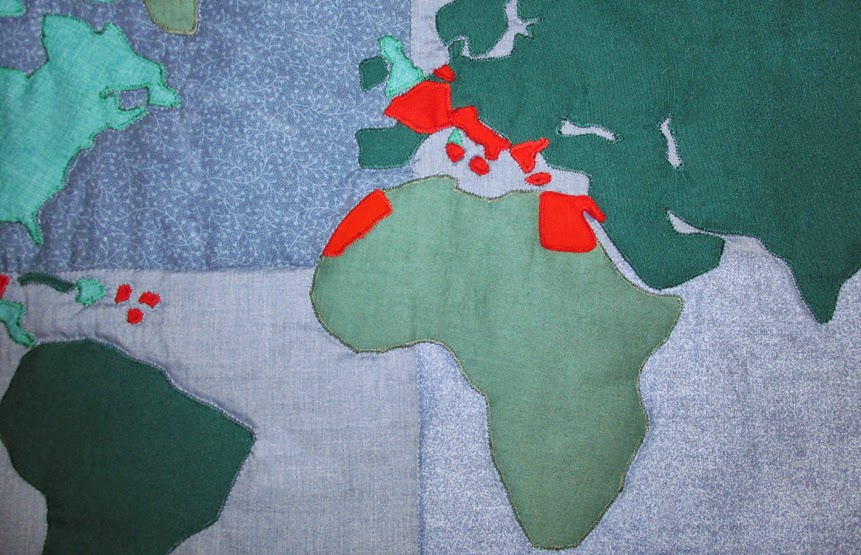 Plan A was to fuse two layers of fabric together so it would be thicker, zigzag the satin stitch around the edges and then attach it to the quilt with a straight stitch, kind of like sewing on a patch. The sewing lines would show on the back but wouldn't be very obvious. This worked great for Egypt and pretty well for Alaska although the two peninsulas gave me a little trouble. But the other countries were too small for the feed dogs to grab. Italy, which is only 1/2" wide and 1-1/4" long, disappeared down the hole where the needle goes.

So Plan B was used for Italy, the Italian islands, and the Netherlands. For those I fused the fabric to the quilt and zigzagged all the way through the quilt. I've tried doing zigzag quilting on finished quilts and have often run into thread breakage and tension issues, which is another reason why this wasn't my first choice, but this time the sewing machine cooperated.

Plan C would have been to do raw edge applique and a straight stitch, but I wanted the new countries to match the old ones.

It was fun to revisit a quilt from my past and to travel vicariously with it's owners.
Posted by Pam Geisel - For Quilts Sake at 3:01 PM

This is such a fab idea for a quilt and lovely for you to get to work on your first custom again!