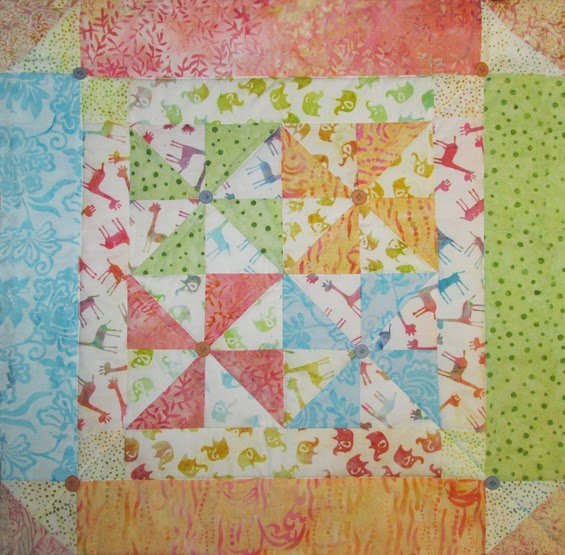 I'm not really a big fan of pastel fabric, but when I found this lovely pastel batiks, I fell in love, especially with the batik elephants and giraffes. 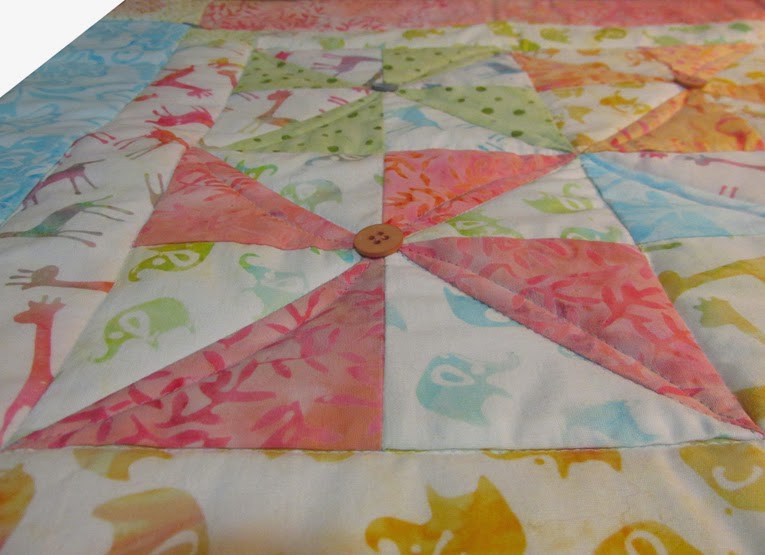 I actually made two wall hangings using this fabric, although the second quilt doesn't have the elephant and giraffe fabric in it. 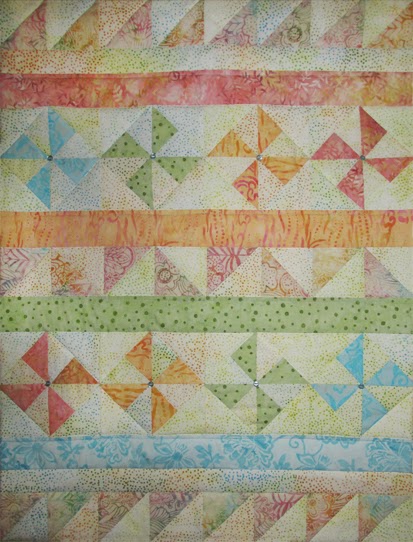 "Pastel Pinwheels" is also quilted stitch-in-the-ditch and has very small blue buttons at the center of the pinwheels. 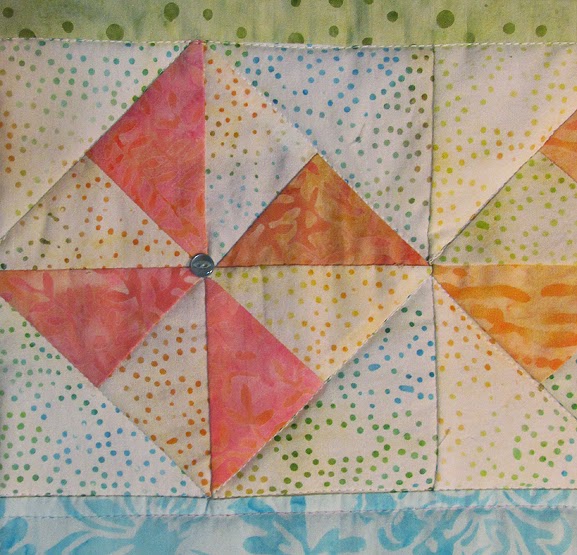 I believe a Pinwheel block turned on point is technically called "Windmill" block but it just doesn't have the alliteration with the word "Pastel" that I wanted for the title.
Posted by Pam Geisel - For Quilts Sake at 10:04 AM

I must agree with you; I'm not a big fan of pastels either, but these batiks are really cute. Very pretty wall hangings!