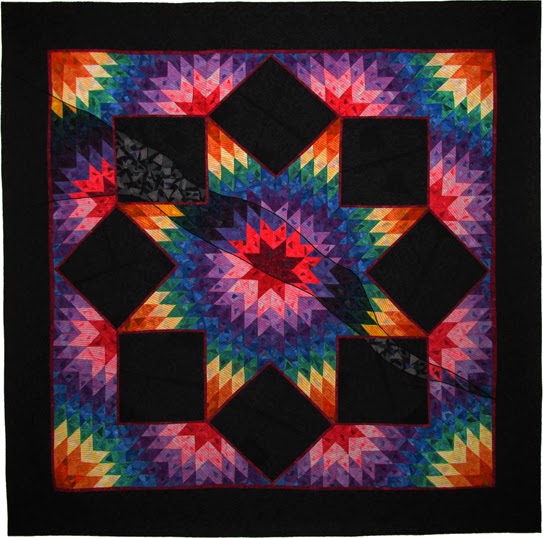 “Lavender Diamonds” is a traditional “Broken Star” (a version of a “Lone Star”) but created in a non-traditional way, and cropped differently. 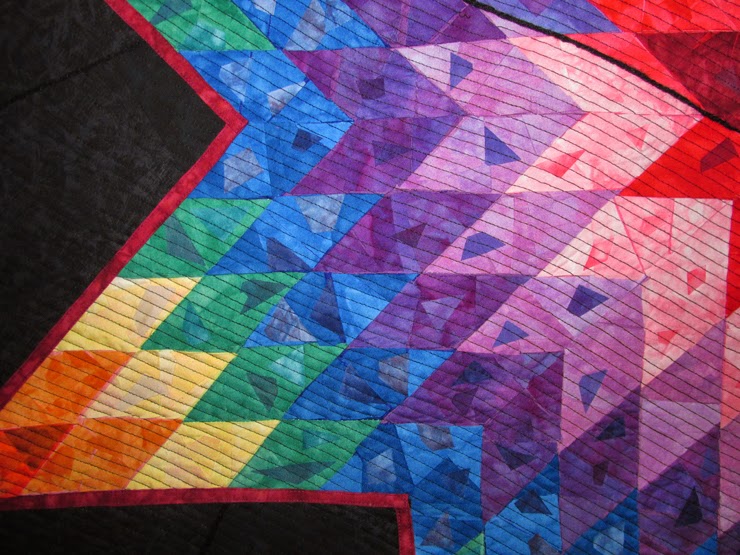 Instead of being pieced, it is fused with hand-dyed fabric. Each of the 560 diamonds is made up of 6 to 8 pieces of similarly colored fabric. By the end, every time I closed my eyes I saw diamond shapes. 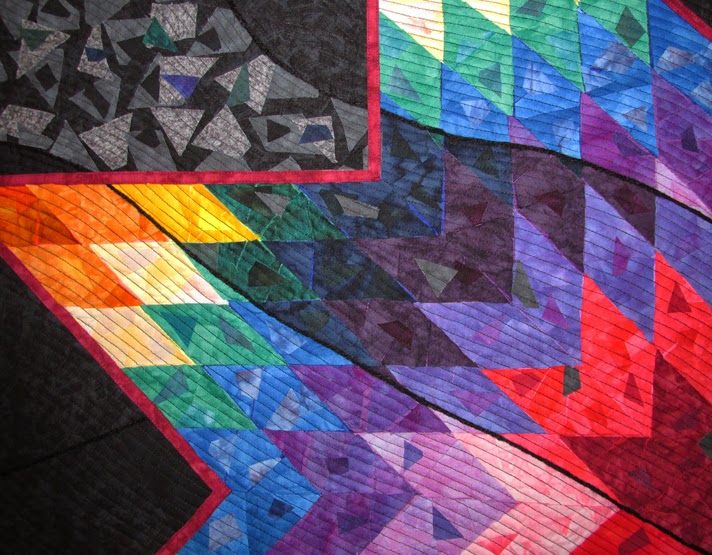 There’s a “swoosh” that goes across the middle where the same color family is used but the pieces are darker and is outlined by couched black thread. Where the swoosh goes through the negative space there are fused pieces of gray, black, dark green, and dark blue fabrics. 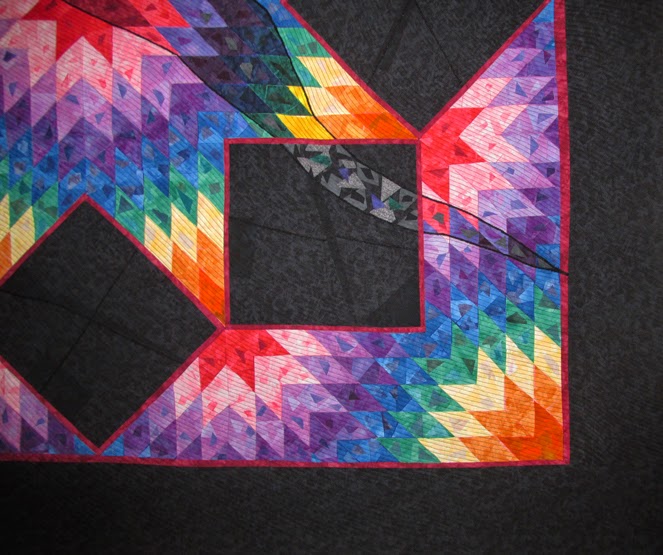 The black negative spaces have thin strips of black fabric fused in them and they are framed by the same maroon fabric that I used as the inner border. 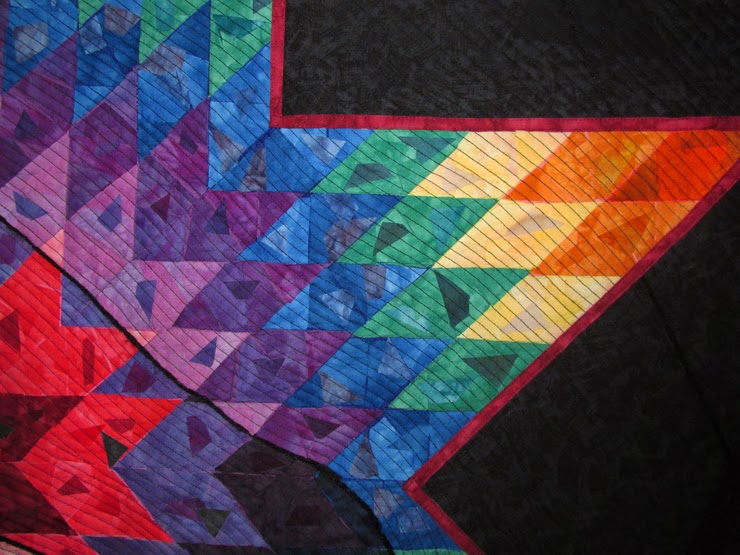 My original idea for the quilting was to quilt in a spiral, but I wasn’t sure I’d be able to sew down enough of the pieces, since even though they were fused, they weren’t very good about staying put, especially when I had to fold and roll the quilt in order to quilt it. My second idea was some sort of fractured pattern, but I had the same concern. The night before I was going to start, just as I was falling asleep, I thought I could do quilting lines that were 1/4" apart and echo the design element in the center of the quilt (where the colors are darker). By the end of this time, every time I closed my eyes I saw quilting lines 1/4" apart.

Edited to add this quilt won "Honorable Mention" in the Large Quilts - Home Machine Quilted category at the American Quilter's Society show at the Lancaster QuiltWeek in March 2015. The list of winners can be seen here.