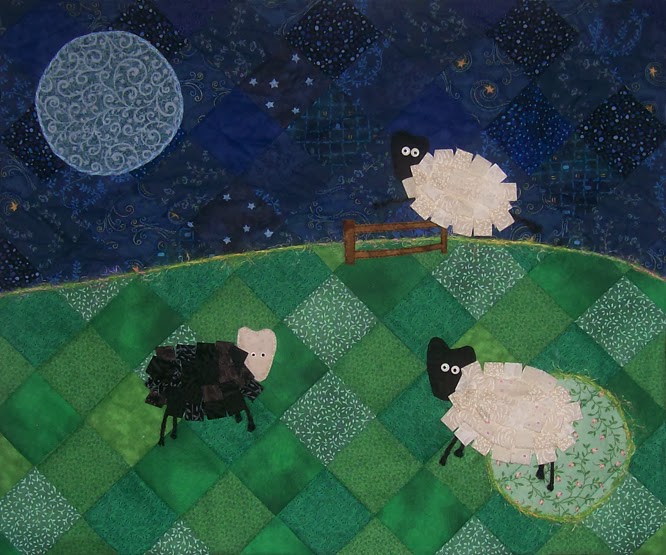 Challenge recap for  "Sweet Treats":
Choose one or more candies for your inspiration.

So here's an insight as to how my ideas are formed. I kept thinking about making a collage using candy. But in order for it to be a quilt, I'd have to make the candy out of fabric, and that seemed very time consuming. I tried to remind myself that I only had to be inspired by the candy, not actually represent it. But my brain wouldn't give in.

Then I realized that there was a type of candy I could represent, I could simulate cotton candy using batting! But what would I use the batting to make? As it happens, the art co-op that I belong to is working on pieces for the next lobby show and the theme is "The Lion and the Lamb." I could make SHEEP out of batting!

First I made the quilt top. To design the background I used an exercise from the book "Adventures in Design" by Joen Wolfrom where I selected a letter (lower case f) and a font (Elephant italic) then play with the letter and create a design that evolves from the letter's lines. Once finished, the original letter might not be recognizable. 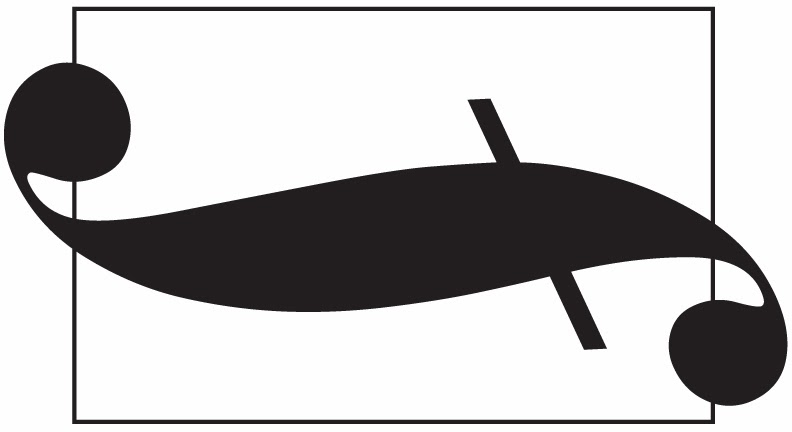 I pieced 2" squares on point in blue for the sky and green for the grass then I cut the grass on a curve, lined up the squares, and attached the two by sewing the raw edge then couching green yarn on top of the raw edge. I also couched yarn around the two circles. 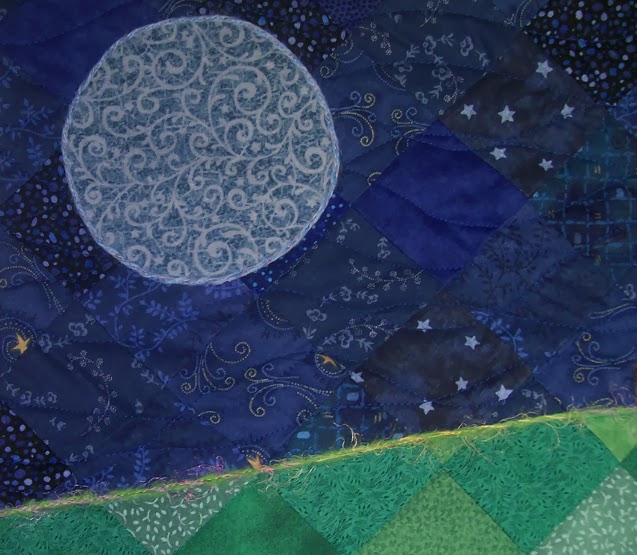 At this point I basted, quilted, and bound the quilt using a facing technique and it was time to make the sheep. The original idea was to make the sheep with batting but I've been wanting to make something similar to the "Three Shredded Christmas Pine Trees" that Diane Lapacek made for the Project Quilting Off Season Challenge: Happy Holidays in Dec. 2012.

So instead I cut small strips .5" x 1.5" and folded them in half and sewed them to the body of the sheep to give them a 3D effect. The sheep have couched yarn for legs and white sequins with black seed beads for eyes.

Because I didn't go with my cotton candy idea, I did include the word "Sweet" in the title. I also noticed that there is one fence, two circles, three sheep, and four boards in the fence. 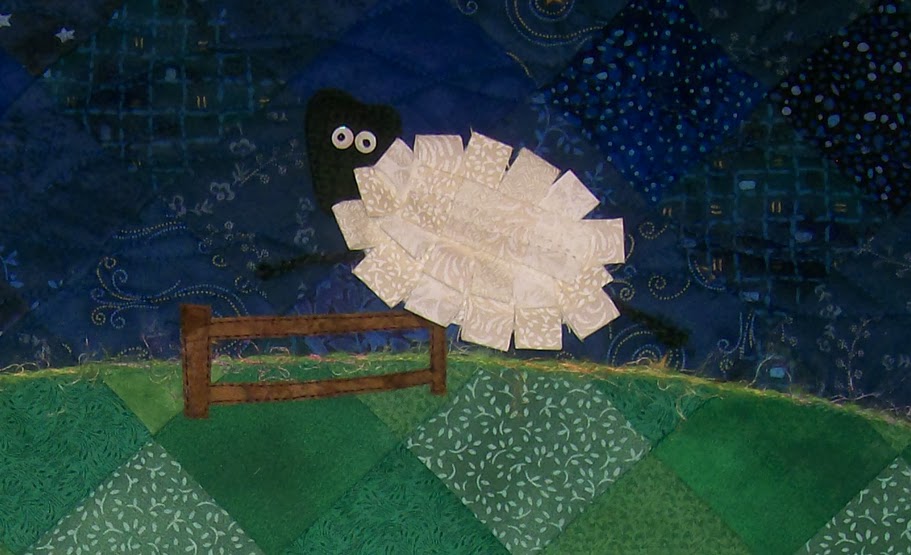 This is so cute! Love it!

What a great way to create a design ... And your sheep really are sweet :)