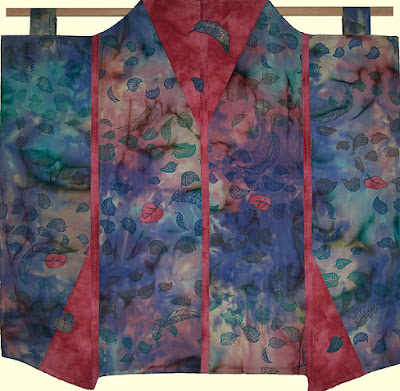 I made "Falling / Floating" in October 2007 using two different pieces of fabric: a pink batik and a blue and green batik with leaves printed on it. It is not specifically a kimono shape but it's similar. 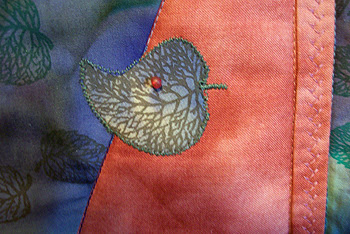 I fussy cut some of the leaves from the blue batik and fused them to other parts of the quilt. I also did some fancy stitches for the quilting. 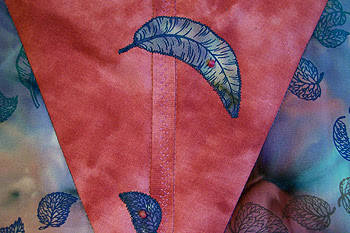 I also added some pink beads on it.

This piece was the first one that was exhibited in a juried show. It was included with the Ohio Designer Craftsmen Best of 2008 last year which was at the Ohio Craft Museum in Columbus, Ohio; the Springfield Museum of Art in Springfield, Ohio; and the French Art Colony in Gallipolis, Ohio.